European banks benefit from a “financial support” worth 200 to 300 billion euros every year, thanks to ’implicit subsidies’ provided by the states. The equivalent of 1.5% of the European GDP and almost twice the European Union’s annual budget! These are the conclusions drawn from a study carried out by the independent finance expert Alexander Kloeck at the request of Green MEPs. 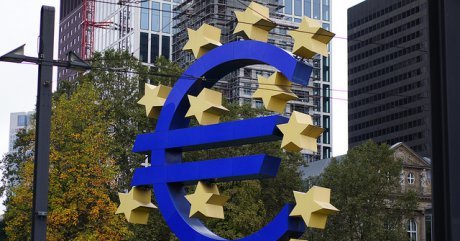 Implicit guarantees mostly concern “universal” banks, which combine two types of activities within one unique legal entity. On the one hand, they are deposit banks that manage the savings of individuals and companies, and on the other hand corporate banks active in financial markets. In case of bankruptcy, the state guarantees the savers’ deposits “as a last resort”. Except that, in the case of universal banks, this guarantee provided by the State extends to their “corporate” operations. Whatever the risks taken by corporate banks, investors anticipate the fact that the state will always be there in case of insolvency. Thanks to this guarantee, universal banks benefit on financial markets from interest rates that are lower than those of “pure” investment banks – those that aren’t deposit banks as well.

Rating agencies assess universal banks twice, through a “stand alone” and an “all-in” assessment. The first is conducted on the bank alone and the second – much more favorable – integrates the state guarantee. Alexander Kloeck’ calculations are based on this variation in ratings and on the resulting variation in interest rates, taking into account the numerous other studies that have already been published on this topic. He concludes that, thanks to these more favorable interest rates, the banking sector received the equivalent of 234 billion euros in implicit subsidies from European states in 2012, according to the most probable average estimation.

In France, the four major banking institutions are all universal banks: BNP Paribas, Crédit Agricole, Société Générale and BPCE (Banque Populaire & Caisse d’Épargne). According to the economist and CNRS [1] researcher Gaël Giraud, the implicit guarantee provided by the French State to these banks yields the equivalent of an annual 48 billion euro subsidy. In addition to this substantial giveaway, preferential interest rates incentivise banks to engage in more market transactions and take more risks, says Alexander Kloeck. Thus, they contribute to disconnecting financial speculation from the ’real’ economy. It also constitutes a blatantly unfair competitive advantage for universal banks compared to other banks.

In order to put an end to this incredible privilege, there should be a clear distinction between deposit and corporate banks, which was the prevailing situation until the 1990s. In France, the Banking Act of 1984 authorized universal banks and the first French universal banks were born from the fusion of the Crédit Agricole and the Crédit Lyonnais, and of BNP and Paribas in 2000. With its banking reform voted in 2013, the French government chose not to go against the interests of powerful French banks. Will the European Union dare go further with its own banking reform?

This article was originally published in French. Translation : Mathilde Balland.