Was Michelin involved in human rights abuse in India?

While it is reducing the number of its workers in France, Michelin is preparing to open up a new tyre factory in India. Tax and labour legislation exemptions are at the heart of the project, which is provoking the wrath of local communities, who have seen their livelihood destroyed. The French union CGT and several Indian and French NGOs argue that the project constitutes a violation of the "OECD guidelines" which transnational corporations such as Michelin are supposed to respect as a matter of social responsibility. However, economic leaders and the French government seem to be fixated on a regressive conception of corporate responsibility. 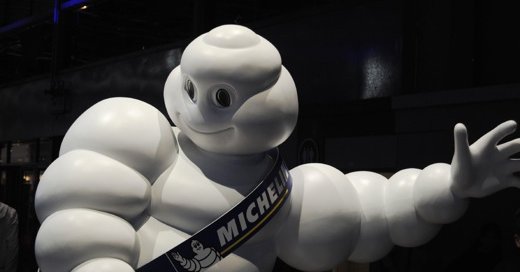 This article was originally published, in a slightly different version, in French. Translation: Gillian Morris.

The brand new Indian factory, one of Michelin’s main investments abroad, is located close to the village of Thervoy, in the state of Tamil Nadu. This truck tyre factory will be Michelin’s biggest in India, with 1,500 workers. The conditions under which the project was awarded to the French company has been denounced by an unusual coalition of local social movements, French NGOs and trade unions. The industrial site is located on the traditional lands of a dalit ("untouchables") community, which has been transformed into a "special economic zone" (SEZ). SEZ are zones with extraterritorial status designed to attract investors, where transnational companies are granted extremely advantageous legal and fiscal conditions, as well as exemptions from normal labour standards.

Indian authorities had thus "prepared" the ground for Michelin. According to local organizations, approximately 6,000 villagers have been dramatically deprived of their livelihood. 456 hectares of forest (the equivalent of half of the Bois de Vincennes in Paris) have been cut down, water supplies have dried up, and pasture land for cattle has been damaged. Although Indian law theoretically recognises the traditional rights of dalit communities, in practice this recognition does not carry much weight in the face of the economic and political elites’ appetites. Villager’s protests have been violently suppressed. Several demonstrators have been imprisoned, or have become the target of legal proceedings.

According to the French trade union CGT, the CCFD (a French NGO), and Sherpa (a support organisation for victims of corporate abuse), which have been promoting the cause of the dispossessed communities in France, Michelin is guilty of "negligence (...) of its human rights obligations". The transnational company, headquartered in Clermont-Ferrand, "failed to take the necessary measures to prevent violations of the community’s human rights and of their environment" and remains "unfazed by the numerous demonstrations and legal procedures filed against local authorities." Why should Michelin be held responsible, and not just Indian authorities? It is the first, and one of the only companies to have established itself in the industrial zone: the only other foreign firm in the special economic zone is one of Michelin’s Belgian subcontractors... The three French organisations believe that the group should be held responsible for the consequences of its decision to locate a factory there.

Together with two Indian organisations (Tamil Nadu Land Rights Federation and Thervoy Sangam), in July 2012, they brought the matter before a body responsible for promoting the OECD guidelines for multinational corporations [1]. These (voluntary) "guidelines" are a series of recommendations on issues such as human rights, professional relations, environmental impact, and the prevention of corruption. In each country, a "national contact point" (NCP) is established as to investigate alleged violations of these principles by transnational corporations. In France, the NCP is composed of officials from five ministries (Economy and Finance, Labour, Social affairs, Foreign affairs, Environment), business representatives (Medef) and unionists, under the authority of the Minister of the Economy and Finance. NCP decisions are supposed to be taken by consensus, and are based on a minimalist set of requirements in terms of human rights, workers rights and environemental sustainability. The system is hardly revolutionary, especially since the NCP has no investigative capacity or normative power whatsoever.

A year later, in September 2013, the French NCP handed in its conclusions, which exonerate Michelin from any formal violation of human rights, while remaining quite ambiguous with regards to the company’s actual responsibility. On the one hand, "the NCP believes that the establishment of Michelin’s factory was not the cause of direct violations of human rights to life and livelihood as established by the Universal Declaration of Human Rights" and "argues that the Michelin Group cannot be held responsible for Tamil Nadu police’s intervention methods". On the other hand, however, the NCP has identified several "deficiencies", such as the lack of regard for "the expression of the local people’s point of view", gaps in the impact studies on the environment or human rights, or in fact the absense of any in-depth impact study [2]. If "the group has not brought about human rights abuses", it should however establish "an adequate reparation and prevention policy". If it hasn’t been involved in any human rights abuse, what needs to be repaired? Go figure.

For the plaintiff organisations, the NCP conclusions are a "caricature". "Anxious not to interfere with the company (...), the NCP contradicts itself", argue CCFD, CGT and Sherpa. "How can the NCP conclude that the group ’has avoided being the cause of negative impacts and has taken measures as soon as these incidents occurred’, without a decent impact study? How can the NCP reckon there was no adverse environmental impact when the impact studies are not up to standards, as the NCP itself is forced to acknowledge?" Worse too, according to the plaintiffs, the NCP’s conclusions seem to have been deliberately tailored to benefit Michelin in the legal proceedings taking place in India, notably at Delhi’s Environmental Tribunal [3]. Never have the Indian organisations involved in the complaint against Michelin been invited to come and defend their point of view. In the meantime, serious criticism from officials seems to have been ignored. A confidential report from the Environment Ministry, revealed by Mediapart, clearly states that "environmental impact studies are superficial and insufficient" and heavily criticises other aspects of Michelin’s defence.

Michelin has signed signed an agreement with Tamil Nadu state, which has granted the French company exemptions from regulations over working hours, night work for women and strong restrictions over the right to strike (mandating a 14 days prior notification and the use of public force in cases of conflict). Nevertheless, the NCP seems satisfied with Michelin’s "promise" to respect the International Labour Organisation’s (ILO) norms, and implement new impact studies to support its social responsibility commitments.

Michelin did not wish to respond to our questions. In the past, the company has pointed out that it has made a lot of philanthropic investments in the region. It has opened a French school in Chennai (60km from the factory) and created several mobile medical centres. This philanthrophy does not excuse, or compensate for, possible violations of the local community’s rights, damage to the environment, tax exonerations and labour law exemptions...but it was nevertheless praised by the NCP. "The NCP is confusing CSR [Corporate Social Responsibility] with philanthrophy", respond the plaintiffs. Such a confusion seems outdated, and is all the more shocking coming from the body supposed to be the champion of corporate social responsibility in France. In the absence of any fiscal contribution from Michelin, Tamil Nadu citizens will have to do with the French group’s good works.

Whilst the big French groups are becoming more and more internationalised (Michelin has only 21% of its employees in France), the NCP/Michelin affair casts serious doubts over the French government’s desire to encourage these "national champions" to implement real measures of social responsibility. The brand new "French CSR Platform" is unlikely to bring change, because of business backpedalling and governmental inertia. As for the legal proposition prepared by a small group of members of parliament with NGOs and trade unions, it has little chance of success in the current context.

Coincidence? Whilst it was establishing its new factory in India, last June, Michelin confirmed that it was getting rid of 700 employees in its factory in Joué-lès-Tours (Indre-et-Loire). Any direct or indirect relation between the two events was refuted by the company, which assures that the new factory’s production will be exclusively destined for the Indian market. Beyond Michelin’s case, the link between delocalisation in France and more than dubious social and environmental responsibility abroad is blatently obvious. "The social movement can no longer merely denounce industrial delocalisation on an abstract level. Not only does delocalisation creates unemployment amongst us, but it often destroys the living conditions of the South’s poorest", explains the CGT. The Michelin case has succeeded in uniting unions, NGOs and local communities in India; it was being perhaps one more reason, for French political and economic elites, to deal swiftly with the NCP procedure and let Michelin essentially off the hook.

[3] See the detailed analysis of the NCP conclusions by the plaintiff organisations (in French).